"Bristol Airport expansion is like a gun pointing at the heart of the planet," says author and activist George Monbiot. In The Bristol Cable.

Some quick tips on cutting down your environmental impact over the festive period. Written for Bristol Voice: Green Christmas.

We have to show how it's done, say residents with bold plans in the first city to declare a climate emergency... Link   Also published in South Bristol Voice.

I presented a 4,000+ name petition to City Hall in November, and gave a speech asking the Mayor & council for a city wide ban on avoidable single use plastic: story in Bristol 247.

You don't win a planetary revolution by asking for permission. Protests for environmental justice are now growing fast. Extinction Rebellion's 1st Autumn Uprising disrupted 60 cities. How much is enough? Published in The Ecologist

XR: REBELLION AND A NEW AGE OF ACTIVISM

Campaigners in Bristol, Somerset and London are targeting airport investors, including teachers' pensions. Published in The Bristol Cable.

There is an exciting new surge in rewilding, driven by grassroots groups. I spoke to some of the groups and people leading this movement... Published in Ecohustler

Climate researcher Katharine Hayhoe says the crux of winning over climate science deniers is to show them how they will benefit from a greener future. In The Ecologist. 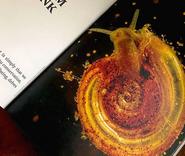 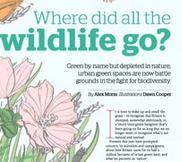 Creating or improving a garden pond is one of the best ways to attract and help wildlife in your neighbourhood. Published in South Bristol Voice.

I met people living in England's most polluted place for NO2 fumes. Their story highlights a national issue with rural transport, traffic IS set to rise up to 51%. In The Guardian

In BBC Wildlife mag, August 2020, I've amplified calls for drastic changes to green spaces, dipping into the weird history behind emptied landscapes, and the inspiring people who want to bring lost urban wildlife back to ecologically depleted places. And: an exciting project that was triggered by Thunberg's visit to a Bristol green space.

MEDIA HYPOCRISY ON THE CLIMATE CRISIS

The best botanical guides offer keys, but artists bring the music. I explored some of the most memorable and useful botanical illustrations, books and artists in my feature for BBC Wildlife Magazine, January 2018 issue. Subs & back issues: Link

Lots of wildlife-friendly planting ideas attached, to make your back yard into nature's paradise. Eco gardens can look stunning and make a blissful spot to enjoy lots of wild visitors. Published in Bristol Voice newspaper: page 1 and page 2

The chalking up of less loved wild flower names wherever they grow across Europe's cities has gone viral: ​“It is absurd that this is criminal. How else will a kid ever know these names?" Published in The Guardian

A plea for the media to rethink its promotion of flying to millions of people. Published by The Ecologist magazine and Canada News Media: Link

An old river route returns to Somerset after 70 years. In The Guardian.

A powerful new display in Bristol will highlight the biodiversity crisis after children demanded the true stories of exhibits were told. Published in The Guardian 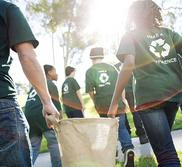 Britain's first city to declare a climate emergency has unveiled how it will attempt to create a 2030 carbon neutral blueprint. Published in The Independent

THE PERILS OF BEING AN URBAN HEDGEHOG...

Our media must do more to protect the environment. Here's a snapshot of progress & blindspots, for Feb '21 issue of the National Union of Journalists' The Journalist.

Beware of greenwash. Planting trees to tackle climate change might feel nice, but it could be doing more harm than good. Here's why... The Independent.

THE RACE TO REWILD

... and the slippery slope of loving them: few can be as smitten as Yvonne Cox of Hedgehog Rescue. She helps hundreds of hogs. Published in South Bristol Voice.

60,000+ badgers will be killed in the latest cull by the UK Government. They want to destroy 70% of the population of this legally protected species. In: Ecohustler

Nature has reclaimed the stage. With reduced noise pollution, a fascinating new arts & science project has put the mic on the world's dawn chorus to create a global sound scape of lockdown bird song. Published in The Guardian 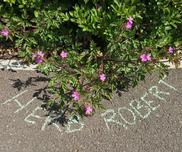 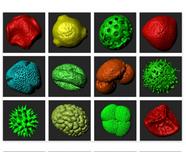 I am currently challenging the media on how it is addressing climate change & the ecological crisis, through writing, campaigning, political & strategic actions, research and speaking, with support from the National Union of Journalists & others. I am calling on the industry to look in the mirror, for journalists, publishers & advertisers to examine more closely how they influence millions of people & could be more instrumental in changing the world.

I was a founding member of the Bristol One by One campaign group which helped launch the Plastic Attack movement, which has gone global, we petitioned to get a single use plastic ban in Bristol along with Martin Fodor and other local campaigners.

Our members have joined other campaigners to oppose Bristol Airport Expansion and supported actions by climate strikers and Extinction Rebellion and been on the radio, TV and various regional, national and international news sites discussing pollution, plastic, climate change, aviation & conservation.

MEDIA VERSUS THE PLANET - LET'S BE BETTER

NOT TO BE SNEEZED AT: GIANT 3D POLLEN

DRAWING BATTLE LINES TO SAVE THE PLANET

THE WORLD'S DAWN CHORUS IN LOCKDOWN

400 Bristolians pledge to bring parts of London to a standstill with Extinction Rebellion - many arrested at Oxford Circus. Published in The Bristol Cable.

"LIVING IN THIS COMPLETE MADNESS IS UNNERVING" 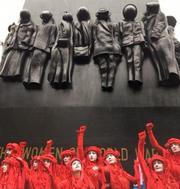 Bristol’s green image hangs in the balance over Bristol Airport expansion. I took part in a debate on BBC1 Sunday Politics with politicians & campaigners. Link

As Greta Thunberg marched in Bristol, I wondered how long it will take to drag Cinderella - our ecological crisis - out of the hearth. In Ecohustler

GRETA, BRISTOL AND THE CINDERELLA CRISIS

I met Bristol people steering a rapid rise in environmental activism, including Extinction Rebellion and its sister groups, schooled here. Published in The Spark.

Celebrity power is undermining global conservation efforts, scientists have warned.
​I investigated abuse and concerns that high profile campaigning on trophy hunting is spreading harmful myths. In The Guardian.

MOST POLLUTED NO2 SPOT SUMS UP LOOMING CRISIS

My piece on the inequality, unfairness & harmful consequences of conservation relying heavily on volunteers. We can't fix our nature crisis until we invest properly. We fund an NHS, why not properly fund a natural health service? In: The Independent.

HOW WILL CITIES GO CARBON NEUTRAL?

DREAMING OF A GREEN CHRISTMAS

BRISTOL XR: WE WILL BLOCK UP LONDON

Report by me on the rights of children to protest on the #SchoolStrike4Climate held on February 15 across the UK. Published by The Ecologist: Link

Wildlife cannot wait, insists newly launched charity, Heal Rewilding, which will buy depleted land and give it back to nature. Published in The Guardian

My piece on how local campaigners started a worldwide movement. #PeoplePower  #PlasticAttack  #HandBackPlastic

There is plenty you can do to help our urban wildlife survive the winter cold: Part 1

Some of my older work is here: click on an image to enlarge it

I explained light pollution its impacts on bats, and new research, in a feature for BBC Wildlife: BBC Wildlife Mag

ART & SCIENCE: BACK FROM THE BRINK

Sir David Attenborough has joined in with our plastic attack actions. We've had enough of their rubbish, it's time to force change on shops & producers. In The Bristol Cable

I write regularly for BBC Wildlife magazine, on all sorts of wildlife topics, and answer questions on their expert panel. It's available in print and subscription.

​Climate change may explain expanded range of greater horseshoe bats – puzzling discovery on the east coast. ​Published in The Guardian

Where The Leaves Fall is a new advert-free quality print magazine exploring nature connections. In Issue 3, I wrote on how combining art & science is helping Back From The Brink to save Britain's rarest species here.

Amazing collisions of art, tech & pollen science are supersizing microscopic nature. Here's a world in a grain of sand, heaven in a wild flower, infinity in the palm of our hand & eternity in under an hour. I love the video links in this piece too. In: The Guardian 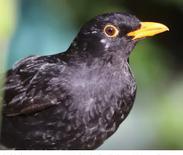 CHILDREN HAVE A HUMAN RIGHT TO STRIKE